So today, I got to see the farm where the Sugar Haus Inn scenes are being filmed. Lots of gorgeous back roads to get there. Cloudless sky. A perfect day to film outdoor scenes. Breakfast was set out beneath a canopy and the yellow jackets were real happy about that.

I got to see Kelly McGillis in action for the first time. It has felt from the beginning like the casting director had direct access to how I pictured my characters in my mind, but Kelly as Bertha is an inspired choice. She is in person a beautiful, regal, woman–but with the addition of a cane, a limp, a bonnet, and expert makeup she became my forceful, opinionated, blunt, courageous, Bertha…..one of my very favorite characters of all time.

This scene also involved “Rachel” having to wear an over-sized fuzzy bathrobe and slippers all morning–not a particularly sexy outfit even on someone as pretty as Sarah. She laughed at herself to me and the others saying, “Glamour, glamour.”
I think that is the thing that has surprised me most about being on the set–it is watching the discipline and sheer doggedness that it takes from the actors to get each scene right. It isn’t that they are doing the scenes wrong–it is all the different camera angles that have to be adjusted, and the occasional problem of a tractor or truck rumbling past and ruining the sound.
I watched as Kelly patiently did her line over and over–each time spot perfect–but supporting all the other things that had to be done around her. I watched as the director (Terry) and Tom worked at getting just the right nuance out of his performance. I am fascinated watching these actors try out this gesture, and that tone, and that expression…..until the director is satisfied.

An Ohio actress by the name of Marianna is playing the part of Anna, and doing a wonderful job. Today she and “Bobby” got to play with the kitten and cat that the movie crew borrowed from a barn down the road. The barn cat, by the way, fell in love with Kelly and wanted to stay in her lap the rest of the morning. I’m pretty sure the cat wants to go home with the crew member who spent the morning cutting burrs out of its fur, brushing it, and feeding it fancy cat food out of a spoon. 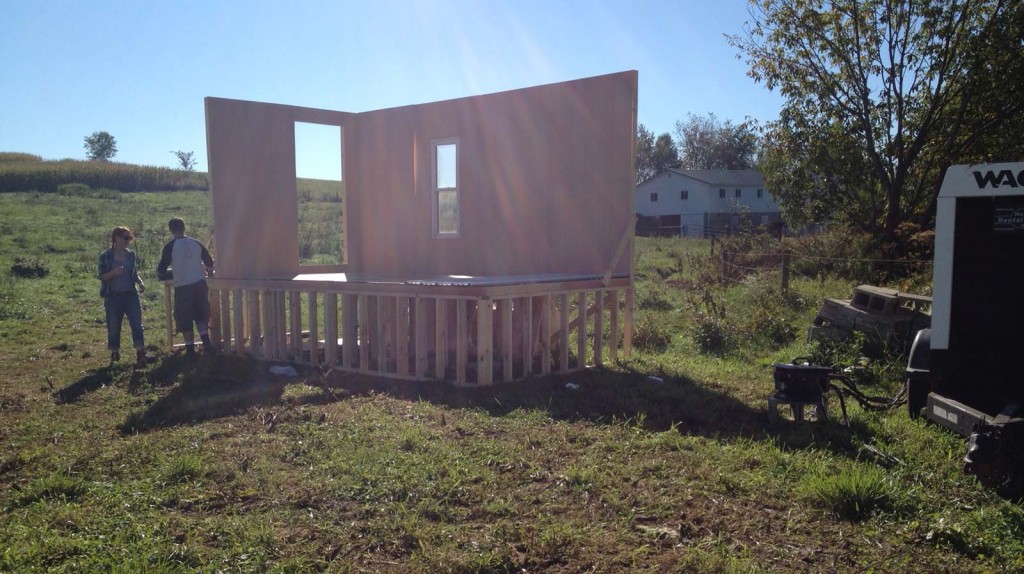 (So the crew needed to build a portion of the house, for a scene later in the week) 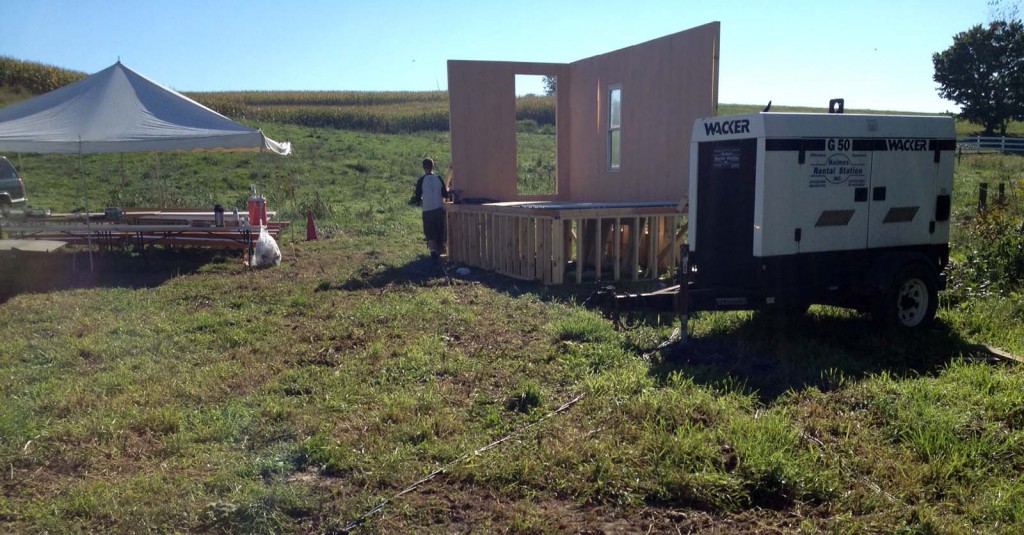 (Generators for power, they are filming at an Amish house after all! And the tent for lunch and breakfast)