Day three started off with Amish boys chasing after a runaway horse and buggy barreling down Main street at 8:30 in the morning. The locals didn’t think much of it till they noticed no one was driving the buggy… for whatever reason the camera crew tracking along in the camera van wasn’t a dead give away… A majority of the scenes were shot on Main street today, utilizing the local Police dept. who helped block off and detour traffic. Watching Rachel (Sarah) driving the police cruiser around town with a massive camera rig attached to it was very interesting to witness. We also shot Joe (Tom) and Bobby (Thomas) at the mechanic’s garage when their truck breaks down. That shot was going great until the Worlds Largest Cuckoo Clock (click for more details) (which is right next to the garage) decided it was 12:30 and time to do what it does best… Play Polka music! (needless to say, the microphones were picking up the music a little too well) After that we moved to the local family medical center where Joe takes Bobby to be checked out. Then came the moment we all had been waiting for, Serena’s big role as the Cashier at the convenient mart! Let’s just say she needs to stick to writing… No, but seriously, she did just fine, minus the cash register not cooperating, noisy grocery bagging, and watching the thief blatantly steal Joe’s wallet… through the magic of editing… Voila! A perfectly executed scene! She was a nervous wreck, but she didn’t forget her line, not even once! Normally the crew doesn’t applaud after the final take, but this time they did, not sure if they were just happy to be done… or just so proud of her that she made it through 🙂 Tom did an awesome job today playing Joe and is a pleasure to work with. He helped Mom get through her part and was cracking jokes all the time to help her feel at ease. He also made it a point to came over and inform me that I got a little too much sun yesterday. Thanks Tom! 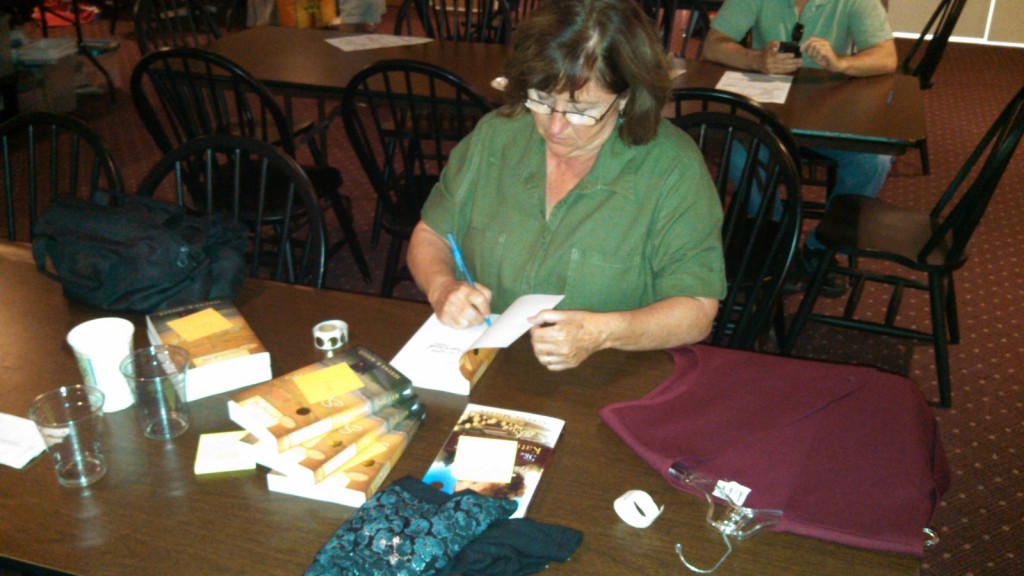 (This is starting to happen a lot around here, people from the crew and locals are seeking out the Author and getting her signature)

(Connie was back today to play an Amish woman in the background, shh, don’t tell her that her dress is on backwards… cause she already knows!) 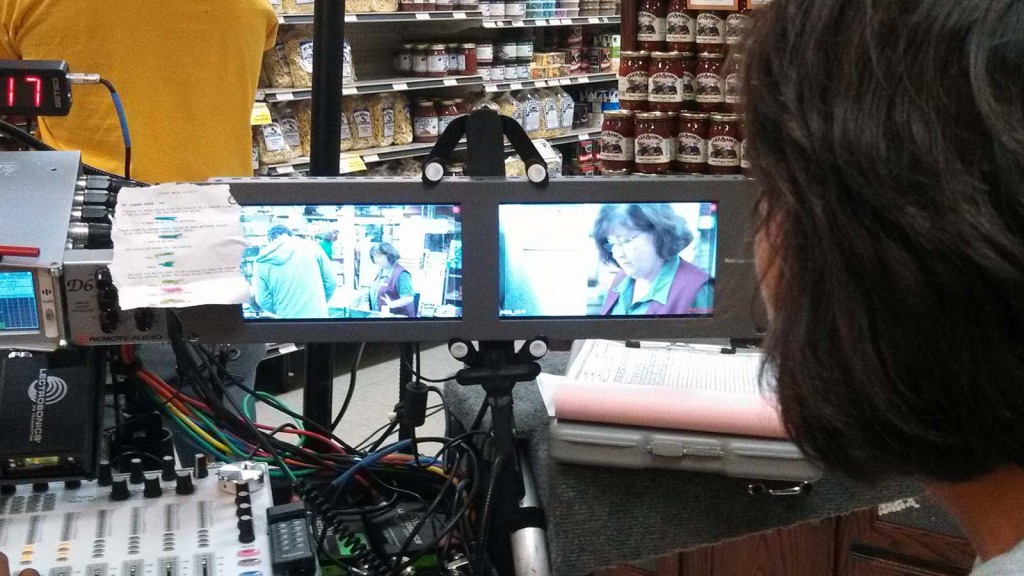 (Back behind the cameras and director’s monitors, we got to see on the sound booth’s monitors what was being captured)